Audio Production In The 90s

Back in the early 90s, the best audio production studios had all the high-tech toys. It was an era when Pentium 90 computers loaded with a 250MB hard drive were on the cutting edge, and when ‘express audio delivery’ meant tape sent by an overnight courier.

We sat down with Damian, one of our senior producers, to talk about what studio life was like in the 90s, the first audio production software he used, his experience in producing albums and what his go-to voice compressor is. 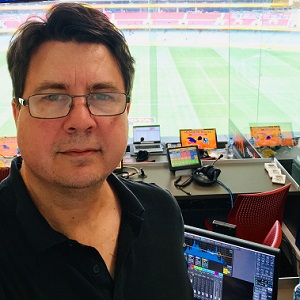 How did you get your start in the audio production industry?

Soon after completing a Diploma in Audio Engineering I landed a fill-in gig with the legendary Mark Murphy and Paul Brokensha at SAFM (a commercial radio station in Adelaide - now Hit 107). I often tell people that I won my first job straight out of college because I was the only applicant that went out of their way to make it easy for my potential employer to hire me.

It was a good life lesson learnt straight out of school - make life easier for your potential employers.

What was the first DAW you used?

The first Digital Audio Workstation I used was Digigram Xtrack on a Pentium 90 PC. From memory, it was a $7000 computer! In the early days of audio production workstations, PCI cards were needed to do a lot of the DSP work unlike the powerful CPUs in computers of today.

Xtrack didn't go on to succeed like ProTools did, but I still use some of the Xtrack keyboard shortcuts to this day in Pro Tools with a keyboard remapper. My first foray into ProTools happened in 1995. 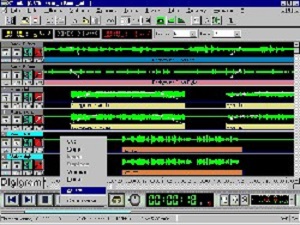 Can you name a memorable project from those early years?

The most memorable production involved producing an ANZAC documentary for 5AA on ProTools. It was a big project and was done mostly out of hours. As hard drives were so small back then, I compiled the documentary in sections at night, bounced the audio to tape and wiped the 250MB HDs clean ready for production the next day!

Still, coming from multi-track tape only a few years earlier, that didn't seem like a big deal at the time. That documentary went on to win a ‘RAWARD’ (now called an ACRA) later that year. It was a real thrill to be a part of.

What is your go-to vocal compressor?

My favourite vocal compressor is a 1176. Having used a hardware version for a few years while running a music recording studio, I like how easy it is to use and how you can control how 'in your face' the vocal sits. Equally good for a voice over or sung vocals, you can’t go past a 1176.

I have many variants in plugin form, but my favourite for voice is the CLA76 from Waves. The black version is great for subtle compression and the blue for making your ears bleed! Both have a nice sweet sound to the high frequencies.

You mentioned a music recording studio. How many albums have you produced?

Probably 50 or more, most of which were recorded during my 5 years running a recording studio in Adelaide. The albums were predominantly for local artists, with the odd interstate artist or band booking the studio.

I learnt a lot about musical arrangement during that time and found my ear became well tuned to understanding frequencies and how to mix multiple sounds together. However, one downside is that I find it hard to listen to music these days without dissecting the arrangements in my head! It’s taken away some of the enjoyment of just listening to music.

Describe the process for producing an album.

Clear arrangement is the key to good music production. Spending time to work out the key, tempo and what each instrument will play to complement each other saves a huge amount of studio time and always ends up with a better end product.

This philosophy translates into other areas of audio production too. Good planning at the outset - including understanding a client’s brief, looking at the various elements that need to be included and having a clear goal for the final product is important. The process may only be a matter of hours and not days - but the same principles apply.

When you're approaching a sound design mix, where do you start?

Sound design mixes can be daunting when starting as they might involve spotting in hundreds of sound effects. When approaching a sound design project, I have found the key is to break it down into smaller, more manageable sections.

I might start ambience first to help set the tone for each scene. Then I will go through and spot in all the obvious and less-obvious sound effects, and slowly work through and try different ideas for the less-obvious ones. Sometimes the best and most satisfying effects for a scene are ones that are totally unrelated to the visuals but when manipulated in a certain way, fit perfectly.

Sound design for TV or any other screen feels the same - until you take away the vision and realize how differently you would mix the audio if there weren't any visuals at all! Mixing for screen is a very different discipline to mixing a radio commercial, but each has their own intricacies.

Certainly when mixing for radio, audio becomes more critical as it relies on conveying information and emotion through one sense only. The beauty of radio is that as audio producers, we can harness the power of sound to build and convey a story on a small budget.

Got a brief that calls for an epic gladiator-style commercial? We don’t have to physically build the Colosseum in a backlot or spend weeks in post creating a digital video version. With the right music track and well placed sound effects, Rome can literally ‘be built in a day’.

However, the power of combining visuals - whether they be animated or live action - with audio means that we can use the senses of sight and sound to build emotion. Foley and ambient sound can often be more subtle to ensure it sounds realistic and matches the vision.

You can hear some of Damian’s audio production work here.

Want to see some of sound design? Click here.

Abe is the founder of Abe's Audio and started the business in 1998 from his bedroom with an old computer, fax machine, dial-up internet, and a microphone in his wardrobe. Today, he leads a team that provides audio production and voice overs to media, agency, eLearning, video & creative clients around Australia and beyond.

High quality voice over talent and production for online & broadcast content, commercials, eLearning, podcasts, and more... with the flexibility to have complete creative control from anywhere.